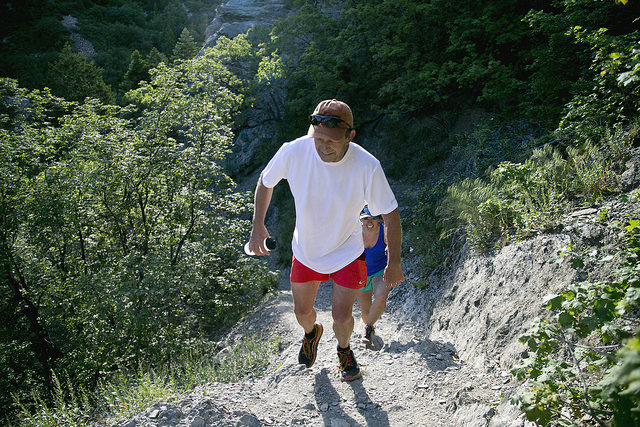 It’s a New Year and here at TrailManners we are off and running. And we thought we would kick it off with a local legend, awesome RD and all around great guy- Jim Skaggs.

Jim has been a solid presence in the Wasatch Mountains since they formed. He has done so much for the trail and ultra running community in Utah and we wanted to know more about him.

He started the Buffalo Run with a little over 100 runners and now as he exceeds 800 he still hasn’t lost that small race, home town feel. With his home brew and amazing wife Karen (the best stew cook this side of the Mississippi) they make sure all the runners have a great time before and after the race. You would be hard pressed to find a chink in his armor other than the fact he doesn’t like IPA’s.
Jim not only puts on incredible races but he gets out and performs at the best of them too. He is a Grand Slammer and throws in the occasional 5k for fun. He is well versed in the art of racing- from timed runs on a flat track to going sub 30 at Wasatch. We were excited to sit down with Jim and ask him the hard questions….or something like that.

Head on over to Buffalo Run Adventures and see what all the hoopla is about!