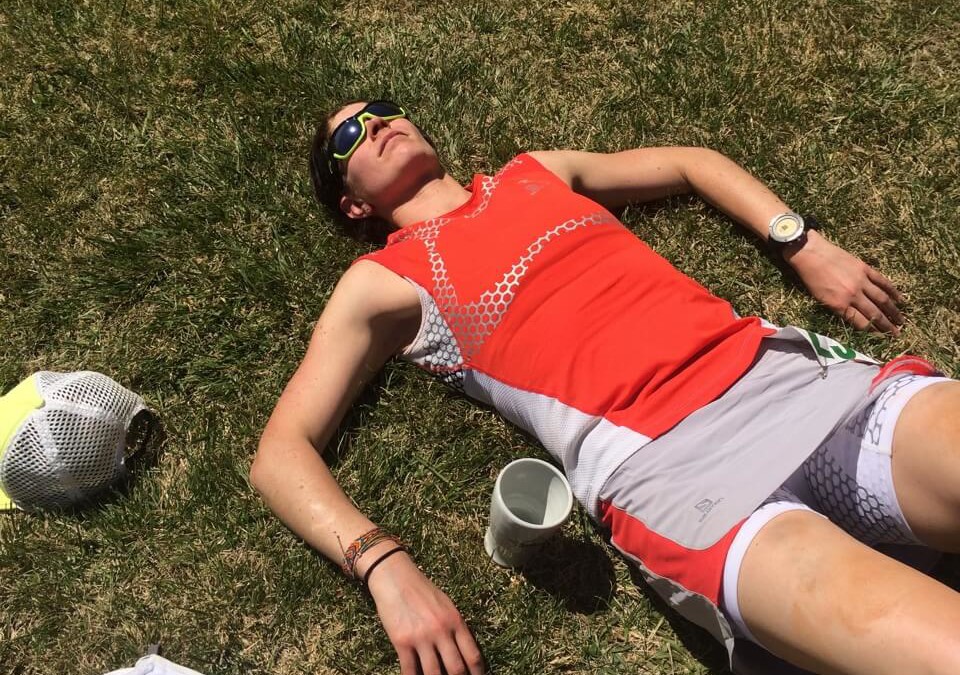 Running is possibly the most natural state a human can be in. It is the easiest thing to do. Put on shoes, grab water, and go. I never really thought of myself as a runner until I moved out West. The landscape holds power over the human mind. I’m fortunate that my home in Ogden Utah is 200 yards from an amazing trail system. It is next to impossible for me to not explore.

My entry into trail running and ultra marathons started slowly. It began with a few miles here and there on the local trails. I ran my first trail half marathon (Goblin Valley) in October 2014 and was hooked. While researching different ultras offered around Utah, I stumbled upon Ultra Adventures website. The race series looked amazing. It centered on some of my favorite spots in Utah and Arizona. In the middle of the series was Zion 50k. Zion, a familiar place, an old friend, I knew this was a perfect fit for my first ultra. The thought of running 50 kilometers was daunting, but the laid back vibe, the scenery, the course; it was almost too good to be true.

My day started at 4:30 A.M. I woke up, gathered my gear, and headed to the town park. The start was non auspicious. I started running, headlamp on, through Virgin, out into the desert. I’ve heard most runners experience a breakdown at some point during their race. Mine happened at mile 1. The course began to blur. My foggy vision was not a result of warped speed frolic in the desert but a result of a lost contact. My initial adrenaline turned to panic. Under normal circumstances, this shouldn’t have been an issue, but in my mind it was the end of my race. I couldn’t imagine a run on top of a mesa with no depth perception. I tried to call my support team (my mom), but the lack of cell phone towers and my continued running meant that reception was shaky. After 15 minutes, I was able to reach my husband, who was back in Ogden, and yelled at him to get a hold of my mom and have her meet me. I came to a stand still at the end of the paved road, staring off at the dirt trail I needed to run down, and waited nearly 30 minutes for her arrival. At this point, every 50k runner had passed me. I mentally broke down while staring into the rear view mirror of a Volvo, putting in a contact. I questioned if I could continue, but then my competitive spirit and my mother’s words guided me. I went from being nervous about not finishing my first ultra to knowing I was not going to finish last. I ran my fastest miles on the way out to the mesa.

I quickly passed the stragglers and realized I was gaining on the middle of the pack. The trail rises quickly up Gooseberry Mesa. This was some serious vert. It was reassuring to see runners walking and taking breaks up this section. The steep ascents bring out the sadist in me. This was my favorite section of the course. I have never been more thankful for all heavy lifting in the gym I’ve done than on the trail to the top of the Mesa. By the first aid station, I was solidly in the middle of the pack. The run around the top of the mesa was gorgeous. It was impossible to not stop and take in the Utah desert. The trail was a nice mix of single track and slick rock. Slickrock is a staple of the Utah desert, but it made me glad that I had the added cushion of my Altra Olympus. The route was fairly easy to follow. The aid stations were well stocked with a plethora of food, most of which I was too afraid to eat. I have a fairly sensitive stomach and have developed a nutrition plan that seems to work for me. I drank water and ate a mix of First Endurance EFS liquid shot, Larabars, and ProBar Bolts. I wore my Nathan Vapor vest, and only had to refill water at the 2nd and 4th stations.

My body felt great through the first 17 miles, no cramping, and my legs continued to feel fresh. All the hours of training I had put in were paying off. Then, the descent off the mesa came. The same vert I embraced on the way up burnt out my legs on the way down. After the descent, I had 9 miles of rolling through the desert ending with a nice run along the Virgin River. My calves first decided to cramp around mile 19. I began to mix my running with short bursts of walking in hopes of stretching out my muscles. The cramps soon turned to stabbing pains. I ran in my Salomon S Lab Exo Skin shirt and skort and my body and upper legs felt great, but my failure to wear calf sleeves caught up with me. I didn’t know my calves could hurt so badly. My pace quickly turned to speed walking with short bursts of running. The course was still gorgeous and my mind was strong. I was anxious to reach the finish line but only because the thought of completing my first ultra was pushing me. I finished my first ultra in 7:03:34. I would have liked to finish in sub 7, but considering my early issues and it being my first ultra, I was overjoyed with my time.

Post-race, I felt pure elation. I was impressed with what my body was capable of. My mind never wavered after my initial break down. I had so much fun!!! I had a solid 7 hours of self-discovery. Time to discover what kind of a person I was and what I was capable of. I soon forgot all the aches and pains I felt during the race. All the hours of preparation had paid off. I was on a runners high. I couldn’t wait to sign up for my next race.

Most people I talk to about running ultras have the same response. Why would you want to do that? But, why not? I live in an amazing state and can’t think of a better way to spend my days then outside experiencing it. If I can run an awesome course with cool people and drink a beer at the finish, all the better.  I am hooked on ultras. After running my first, it was never a question in my mind as to if I would run another, just when!

Jacquie splits her summers between running trails and running rivers. When she has to “adult”, she is a brewer and pint slinger at Roosters Brew Pub in Ogden Utah.