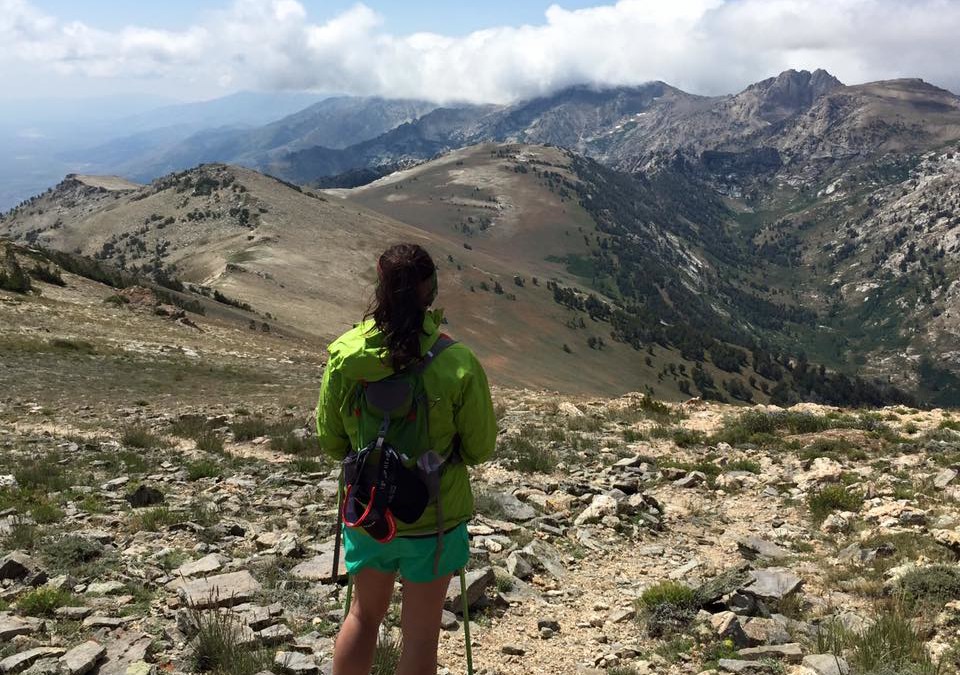 This adventure loving crew needed to get away. With our 100 miles races looming in the near future, we felt one last long run was in order and the Tetons were on the radar. Jim, having done the Teton circa recently, had posted majestic pictures that enticed us further.

The run was planned, participants confirmed, and the day of departure upon us. Excitement mounted as the day began and the first of several texts started rolling in. Weather for the Tetons was not favorable, rain and snow was in the forecast. This was an adventure run; we did not want to take a gamble with the conditions and the likelihood of us driving that distance to not get adequate time on the trails. Jeremy came up with a sound alternative plan of running the Ruby Mountain range after reading postings from Davy Crockett’s blog. The forecast called for blue skies which sealed the deal. The Ruby Crest trail it was. A short 3-hour drive and we would be there. Of course this was not how things transpired. Our drive took closer to 5 hours due to severe weather conditions and the blue skies took well into Saturday afternoon to reach us. Still well worth it!!

This mountain range is located about 12 miles outside of Elko, Nevada in Lamoille Canyon in the Humboldt-Toiyabe National Forest. It spans 80 miles with its highest peak topping out at 11,387ft (Ruby Dome). The rugged beauty of these mountains and valleys was formed by glaciers during the ice age. The glaciers gouged out basins that are now alpine lakes. The Ruby Mountains also happen to be the only known inhabited place for the Himalaya Snowcock which was introduced to the region long ago. This bird should not be mistaken for the Starling (this is a story for another time).

The most popular trek through this mountain range is the Ruby Crest trail from north to south. The trail begins at the Lamoille trailhead. It is stated to be 43 miles long ending at the south trailhead which is at Harrison Pass. The mileage is disputable by a few depending on the GPS device you choose to use. On the south side is a ranch that offers a shuttle service if you do not want to drop a car or make this a round trip.

Our goal was to go from Lamoille trailhead to Overland Lake, 18 miles, then turn around and head back. We ended up turning around a couple of miles short of reaching the lake. The maintained elevation through these 15 miles was 10,000ft to 10,800ft. Being this was an adventure run we milked it for all its worth. With that said, the time on the trail was 11 hours with approximately 7,800ft of vertical climbing. Our route took us from Lamoille Canyon over Liberty Pass to Long Canyon. There are several pristine alpine lakes you pass along the way. Water is scarce unless you want to take detours and fill up from the lakes. The only place we stopped was on our way back at Liberty Lake which was 4.5 miles from our truck.

……It all began with a “snort” in the wee hours of the morn and the relief that the “Jeremy burrito” we left laying out was not carted away. As the morning broke and the drizzling rain dried up we were left with just low hanging clouds to start our adventure. With a picture of our happy little group in hand and espresso shots coursing through our veins, we began. Our first few steps took us to no other place than the…. Starting elevation was 8700ft at the Lamoille trailhead, our adrenalin was at 100% and our smiles quickly faded away to the motions of us gasping in air as we began to climb our first hill. It was going to take us a mile or so to warm up and acclimate.

We were told that the first few miles held such beauty and awe. I am sure this was true; unfortunately we had to use our imagination at this point since our visibility was clouded…literally and figuratively. I must admit the low hanging clouds added a mystical element to the scenery. The winds became stronger as we climbed higher and the temperatures started to drop. Within the first three miles we climbed approximately 2000ft. We saw a few small ponds one with an impressive beaver lodge, of course no resident beaver. No other wild life up to this point was found either. We were thinking the weather conditions kept them at bay.

As we neared the tree line, the wind came at us in every direction. The views were obscured; therefore, we had no qualms about forging on with our heads down. The tree line came and went and the trail kept climbing. I believe a comment was made about being on the stairway to heaven. See, even in grim conditions we are still happy and grateful to be out there than anywhere else. We all embark on these adventures for different reasons but in the end the outcome is essentially the same. Whether it made us stronger, more confident or it allowed us to just find ourselves, we all come out of it refreshed and ready for anything.

Testing our limits is what we do best as trail runners. We hovered around 10,000ft most of the time on the Ruby Crest trail with the highest points being around 10,800ft. We make the best out of every situation as in finding the ideal tree big enough to break the wind for a much needed stop to snack and chat. This lovely tree marked 10 miles for us. The plan at this point was to keep going another five miles before we decide to turn back. As we left the shelter of our tree the clouds began to disperse and the sun finally made an appearance.

Glorious sun! How we have missed thee! With the sun now shining overhead, everything became so much clearer. The view was…..magnificent. Who knew the rugged beauty of these mountains up to this point? It was a moment, or several, of pure awe that we stood there and took in everything around us. Being able to share this with friends just enhanced it. No words can convey the emotion you feel and no picture can define the beauty we are surrounded by. Pure joy! This is why we do this right?! This is why our limits are pushed, our bodies fatigued. It’s to get this one true emotion that reminds you just how small you are in the world and that there is so much out there to be discovered. That moment where you feel……ALIVE!

Continuing on could only make things better. With our sensory organs on overload and a noticeable revived pep in our step we started for our next climb. Entering Long Canyon area and heading ever up. Up we went. And up we went some more. Up up up…..up, eventually making it to our turnaround point. We found the perfect spot to stop and reflect what we just did to get there. We ate, we laughed, and we relaxed. Blissful serenity. A fair amount of time passed and we deemed it was time to start heading back. But guess what?? It is all new sights, what was shrouded in clouds before is going to be a crystal clear view now offering emotion evoking drivel to be spewed from our mouths.

Time on the rock replenished our stores of energy and vigor. We headed back with renewed enthusiasm. A nice downhill run made tackling the first climb easier. In the first leg of our journey we hit the elevation of 10,800ft three times, now it was time to start repeating those peaks. There is no shame to admit this was tough. Being at higher elevations seems to have brought on the fatigue faster as well. No matter, we powered on with our hearts. Because that is what we do when our legs feel heavy and weary, we begin to run with our heart. This is what we did, stopping and enjoying all the wonders of the Ruby Crest trail along the way that we missed this morning.

There was one mountain goat siting but the bugger was quick and we didn’t get a picture of it in time before it disappeared. We ran into a few backpackers along the way as well. The most disconcerting realization was that we passed Liberty Lake unaware of its proximity. It was completely shrouded by the clouds early that morning. Because we did not have water access this time of year, we decided to fill up from the lake since there was still about 4.5 miles left to endure and we were out. The multiple views of the lake that were allotted to us as we headed up never ceased to amaze us. It was so clear, blue and tranquil. On a warmer day it would definitely have been very inviting. Another descent and one last climb we came to a fork in the road. The trail we came up this morning was a bit more rugged than the horse trail we opted for as we returned to our truck. The last mile and half allowed time to reflect on the beauty we laid witness to and the enjoyment of sharing it with three individuals that we lovingly call friends. Misty is the kindest person you’ll ever meet on the trails. She has a big heart for her beloved dogs and will likely leave you smiling all day long from her kind words.